the TRUTH about breastfeeding: some insight into why everyone isn’t doing it!

I’ve been mellowing over this question for some time now.. and I must admit, 19 months into my breastfeeding journey, I had lost sight of the reality of breastfeeding because it’s so easy and natural for me NOW, but why is it that so many people choose not to breastfeed? I mean, it’s free, it’s always on you-aka no bottles necessary (unless you’re a dad, sorry haha), the milk is tailored to your child’s needs on a constant consistent basis—what’s not to love?!

Breastfeeding: What’s not to love?

(Special thanks to Break the Mold Photography for the awesome pictures! https://www.facebook.com/BreaktheMoldPhoto/ )

A dear friend of mine is a first time mother breastfeeding her now two month old now and naturally I’m her go to to discuss the ups and downs of new motherdom. She removed the “breastfeeding mama warrior” film that was covering my eyes and gave me some perspective I really had forgotten about!

Why do some moms choose not to breastfeed?

1. Because breasts are sexualized in our society…

…and to use your man-entertaining tits to feed your offspring is absolutely absurd! Yes, I’m a little salty about this, but I know that some people think this way, that’s their truth, and they live it. So be it.

My grandmother recently told me that I needed to wean my 19 month old because she was going to bite my nipple off and because I needed to use my breasts to entertain my husband. ? My husband supports us on our breastfeeding journey, and I’m sure he’d love to have my boobs back to himself and not get leaked on or shot with milk every time he touches me, but he also knows that breastfeeding won’t last forever and his time will come! 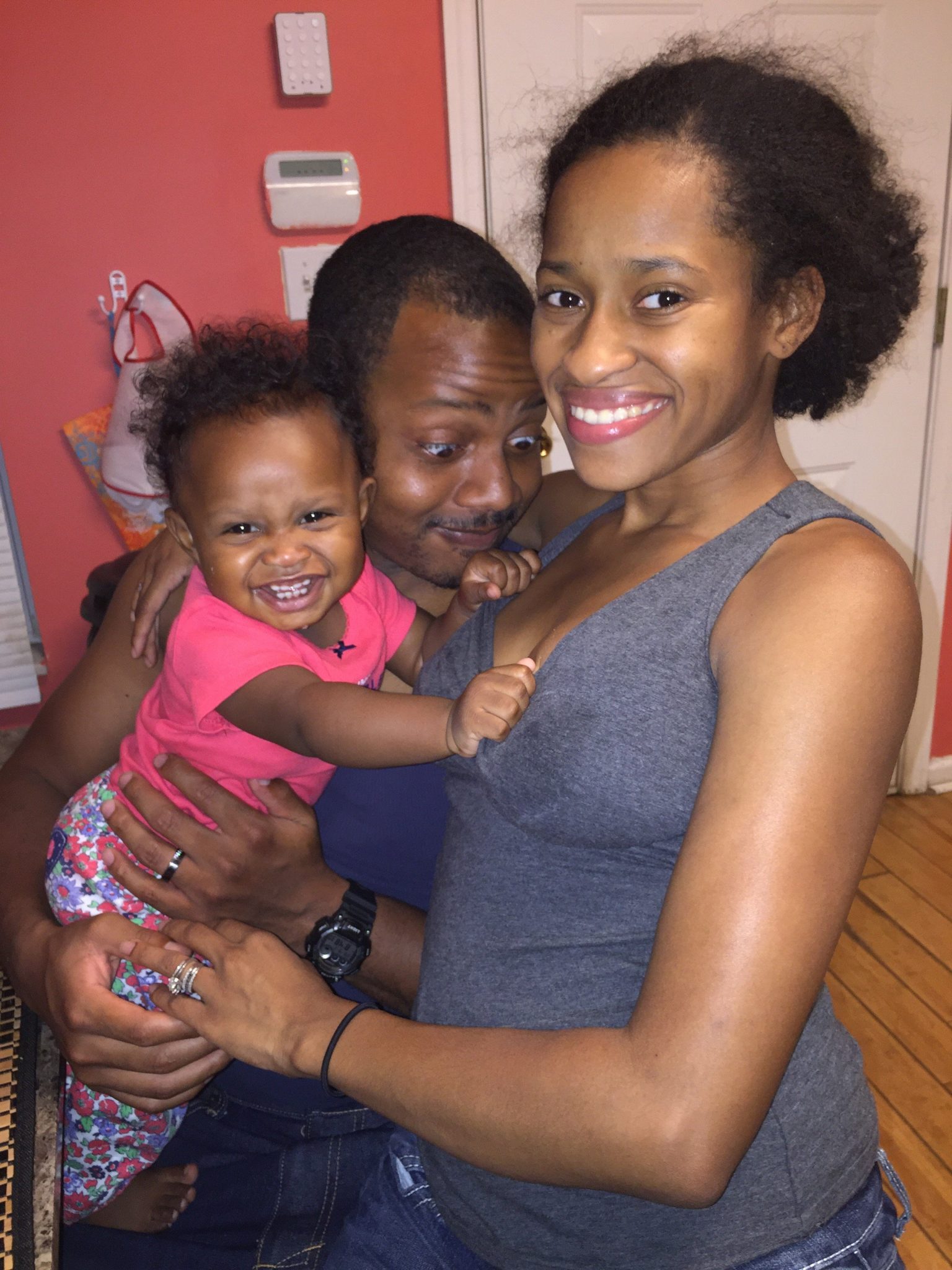 2. There’s lots of chit chat saying that breastfeeding will lead to your boobs being saggy and shriveling up…

…and I hate to say it, but so does old age! Before I had my Muffin my favorite bra was cutely sized,”32- nearly A”  and after I had her I was easily a DD! It was crazy! But now I’m floating somewhere between a B & C and they still look pretty dang good to me! Leaking liquid gold and all.

Lots of people are weary of breastfeeding because they use social media and see/hear of people being confronted about feeding their children in public. Some people think you should be able to do it whenever and however, some say you should cover up, and some say you just shouldn’t do it in public at all! There are many reasons behind people’s rationale and I honestly don’t care to contemplate them or try to explain them all because either way, I disagree, but at the end of the day, it’s your baby, they’re hungry, you don’t want to have to feed them in a car or bathroom every time you go out, you’ve got some decisions to make! Do you want to be trapped in the house with your breastfeeding baby? do Do you want to pump? Do you want to supplement with formula? Or should you just formula feed full-time. Whatever you decide, I support you!

I love when people say that feeding your child in public uncovered is disrespectful because that REALLY grinds my gears! I’ve been waiting for someone to say something to me about publicly feeding my child so I can throw hand them a sandwich and throw a blanket over their head and say, “now eat.” I assure you, they will not like it!

The fear of ridicule and disapproval is strong and for this reason also, some mom’s don’t breastfeed. Or at least not in public. 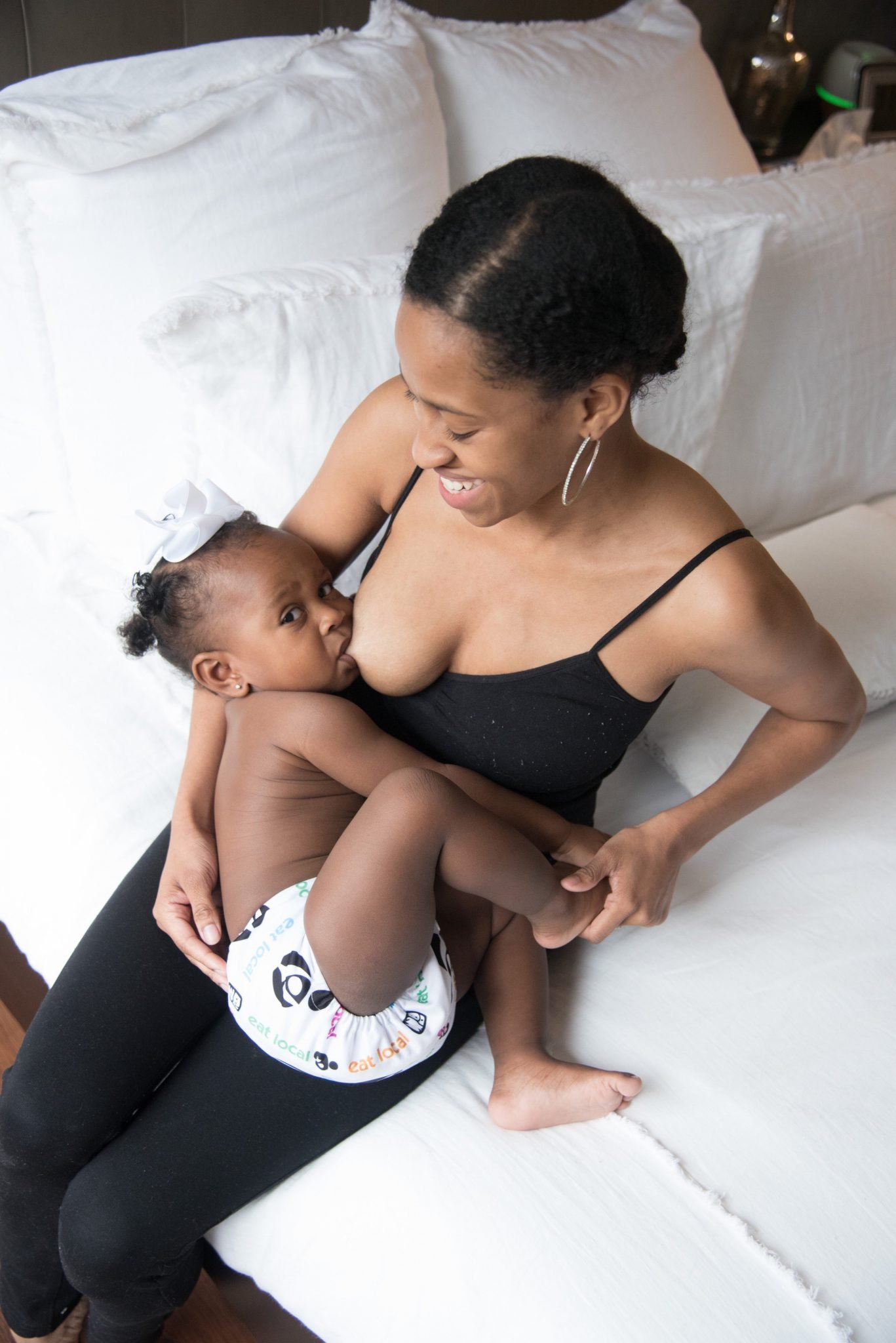 Obviously, I’m an advocate for public breastfeeding, so it was easy for me to whip it out for the camera ?. Let us acknowledge how not-saggy my boob is BTW.

Now this is the reason that I didn’t really appreciate as much since I am a self-proclaimed expert breastfeeder now, but getting started on this breastfeeding journey IS hard! Especially since babies come into this world in all kinds of different health situations.

Following my c-section, I remember a rude ass nurse handing me my baby and saying, “go ahead and breastfeed her.” This is probably because I kept mumbling that I wanted to breastfeed during my surgery, but I was seriously drugged up and just wanted to make sure that they knew that I planned on breastfeeding! I was still pretty drugged up from my spinal tap when she handed her to me, but I was able to hold her. I was 21, I had never held a baby this small so fresh out the womb, I had never breastfed, and she just handed her to me and walked away! It was scary and it was uncharted territory for me. It took me about 5 minutes to get Lariah to latch because it’s a learning experience for you and the baby- they’ve never had to work for their food since it was coming through their umbilical cord and you’ve never had a baby sucking on your breast! It’s stressful in the beginning because there’s so much that you DON’T know and you just want your baby to be happy, healthy, and fed!

Once you get the hang of latch and recognizing hunger cues, you think you’ve got it all figured out! NOPE. There’s pain associated with breastfeeding too! I remember my breasts stinging as the milk traveled down my unused milk ducts from my mammary glands and out through the many microscopic holes in my nipples that I never knew existed. I remember my baby nursing so frequently that my once brown nipples were bright pink, sore, and cracking. I remember wincing every time we established a latch because my poor little boobs weren’t used to this kind of friction! And these are just the struggles for normal breastfeeding! You can also have latching issues, lip-ties, clogged ducts, and so many other problems!

NICU babies often can’t latch immediately, so if you want to breastfeed, you gotta pump. Lariah wasn’t a NICU baby, but for whatever reason, my body thought we were trying to feed a village of babies and not just this tiny 6lb 11oz sweetie pie and I had to start pumping around the clock in between lariah’s 2-3 hour feedings. The pump breast shield is rough on your nipple in a way that’s different from the baby nursing, but painful nevertheless!And you don’t usually have too much of a say so as to when you get to pump, because when your boobs get full and that milk needs to get out, you start HURTING and if you ignore it, then you run the risk of getting mastitis and potentially messing up your milk supply!

Ooooh! Speaking of milk supply, many moms spend hours, days, and weeks worrying about their milk supply because you just want to make sure they’re getting enough and especially with a newborn, the amount of milk that their tiny tummies can hold is SO SMALL that you can’t help, but be alarmed! 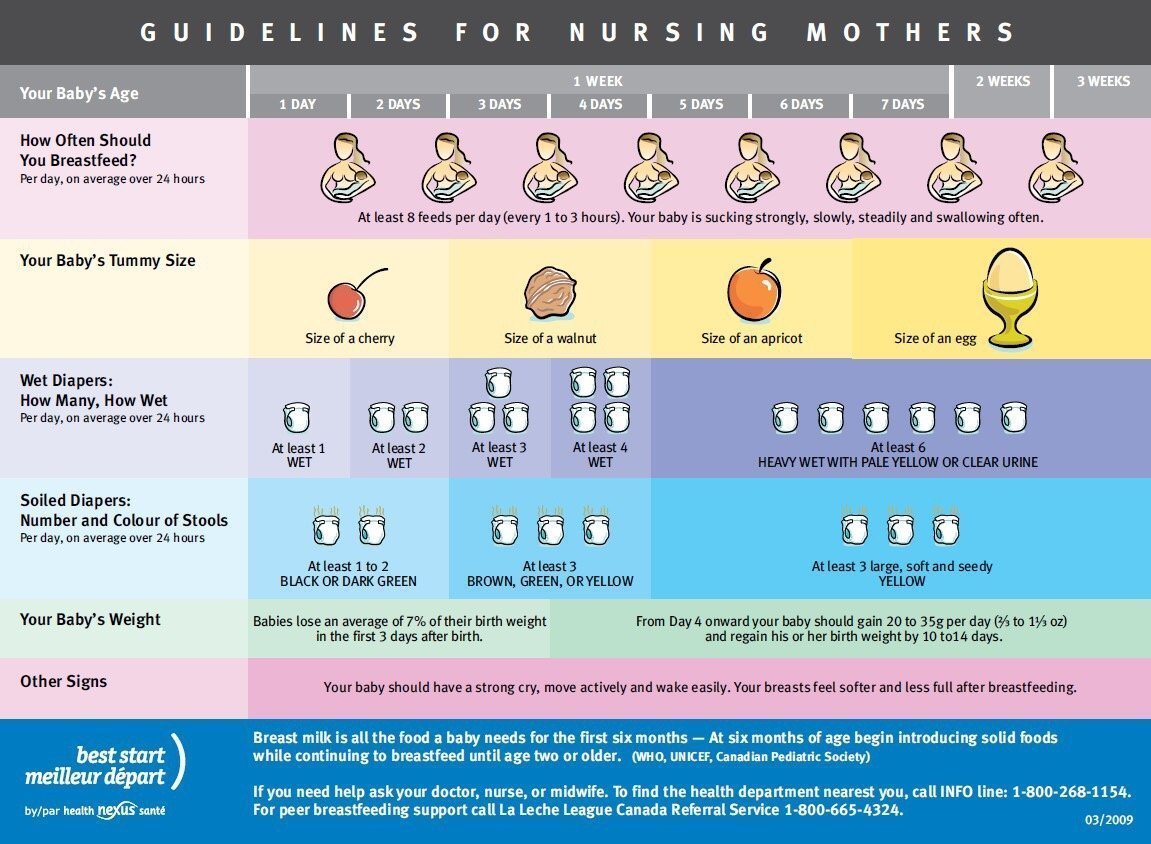 Here’s a chart for reference.

Now that you’ve pumped out the milk, you have to clean your machine parts and store your milk! You have to decide if you want to freeze it or refrigerate it or put it in a bottle now for a feeding! But breastmilk like any milk, it’s very particular in keeping it fresh. Unrefrigerated is usually good for about 4-6 hours in normal rooms temperatures. It’s good about 24-36 hours of you refrigerate it. You can put it in a refrigerator freezer and it’s good for about 3-6 months and it’s good in a deep freezer for about a year!

If you did refrigerate it, you can’t microwave it to heat it up because you can create hot spots in the milk and burn the babies mouth! You have to sit it in hot water. You can’t shake it because you’ll denature the proteins you have to gently stir it.

Just saying this stuff makes me laugh now because there’s SO much that you have to know about breastfeeding other than just doing it!

You have to be weary of what you freeze it in because sometimes the milk bags break during thawing, so be sure to sit the milk bag in a cup and sit the cup in hot water. You have to think about the amounts you freeze it in. We freeze ours in 3-4 oz servings because the FE times Squally did take a bottle, we put 6-7 oz in it and most of it was wasted because she didn’t drink it all in 4-6 hours and you have to use it or throw it out after heating!

The particulars associated with breastfeeding are super meticulous and quite frankly, I can’t blame anybody for not wanting to deal with it!

There’s also the issue with getting the milk milk out of the bottles when you’re washing them, which is difficult. You have to change the parts out on the pump every 2/3 months to assure effectiveness and cleanliness. You’re supposed to boil your pump parts and bottles frequently, but WHO HAS TIME to do those things and still tend to the little baby?!

So I absolutely understand why everybody doesn’t breastfeed because it is DIFFICULT! Free is not a motivating enough factor when you need a whole bachelors degree to figure out how to manage breastfeeding!

I LOVE my breastfeeding journey, don’t get me wrong. I wouldn’t change it for the world. I don’t mind all the times I accidentally leaked through my shirt in public because I forgot to put on a breast pad or that one time I was driving with my boob out because I forgot to put it up after feeding my baby. I don’t mind smelling like spoiled milk when I get up in the morning or my baby being a stage 5 clinger because she doesn’t want her human milk bottle to get too far away from her. I, LARIA- Lariah’s mom, I don’t mind these things! Yes, they were an adjustment, but I was cool with that!

I didn’t even touch on mom’s wanting to go out and drink and be normal human beings! There’s the myth of having the pump and dump, which is absolutely ridiculous, but I don’t feel like doing the research to prove myself. There’s also the judgemental looks that you get for having a margarita at a restaurant with a baby on your boob! ? KNOW YOUR FACTS MAN. If you’re good to drive, you’re good to feed. That’s my philosophy and I’m sticking to it. Don’t question me, I’m about to be a doctor.? 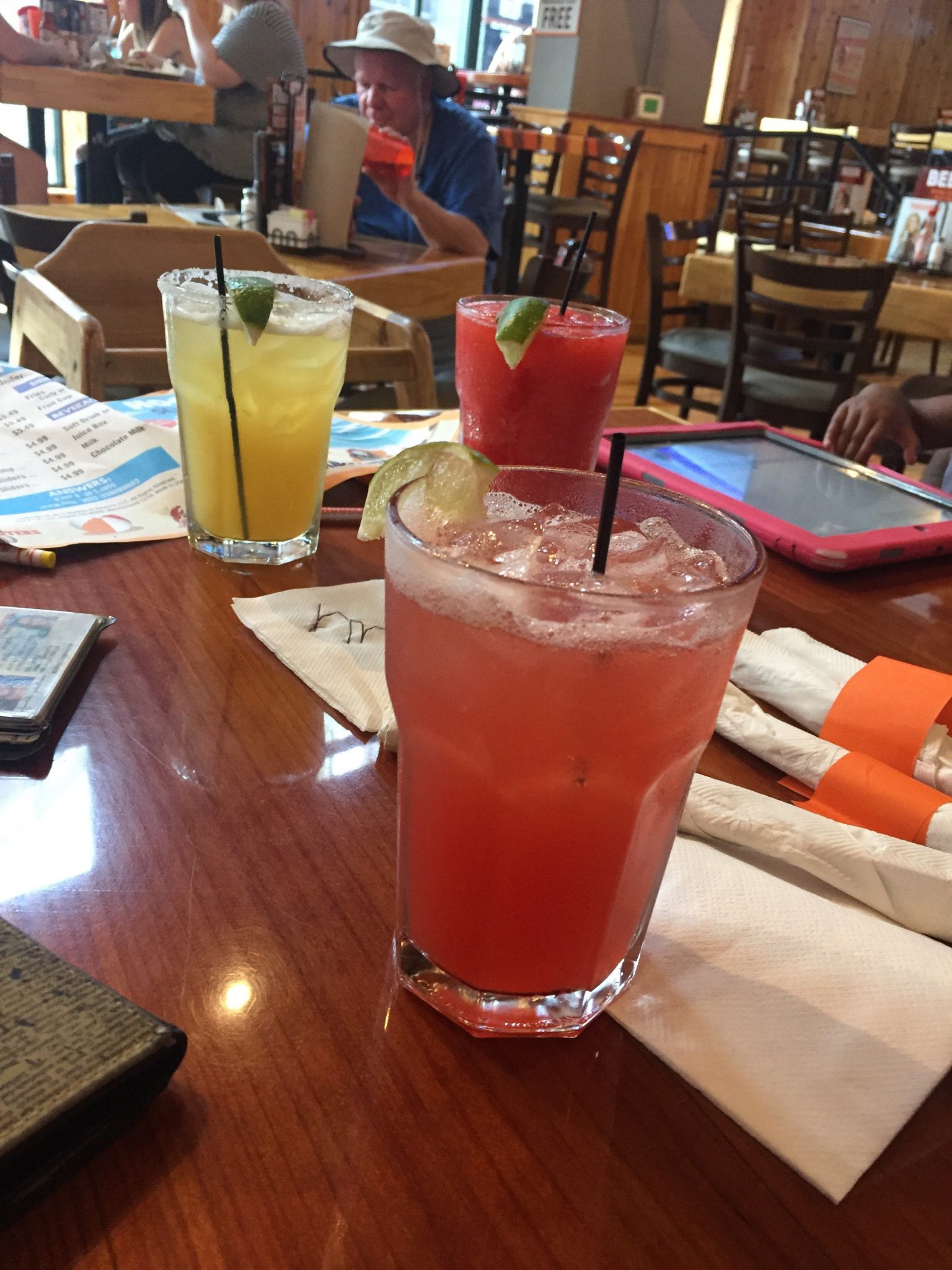 Here’s a picture of the drinks that two of my fellow breastfeeding moms and I had following our eventful day at MommyCon- so yes, our babies were there and yes, we fed them. ?

Why I Love Other People’s Children