Wow! Just like that folks, it’s 2019! Happy New Year! Per usual, so many things happened in 2018; good and bad alike! The beautiful thing about it is that regardless, we are persevered and here we are in 2019 ready to start anew! I’m sure most of you noticed, I didn’t write very many blog posts last year. Because I am human, I got busy, made excuses, and got discouraged. The truth of it all is this, as much as I love sharing my life and unmatched charm with you all, I feel so much guilt and am pulled in so many different ways that it easiest way to cope is to prioritize what is stressing me out the most: veterinary school. Don’t get me wrong, I love learning and being a scholar is my jam but being stuck in a classroom with the same people for up to 8 hours 5 days a week in a small classroom with not enough desk space, poor temperature control, and mice can REALLY but a damper on your desire to do anything you really care about. Nevertheless, I have ONE more semester stuck in a classroom before I start 52 weeks of clinicals, which is equally scary and exciting! So cheers to THAT! 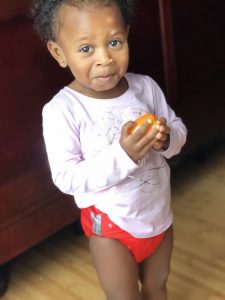 I’m sure most of you noticed, while I wasn’t posting blogs as much, I was still engaging with my lovely internet friends on Facebook and Instagram and without doubt I will continue to do that! I’ve also decided to add in a new form of social media that will force me to be even more candid and real, as if that’s even possible! We’re taking our talents to YouTube! SO if you haven’t already, you should go subscribe to our channel: https://www.youtube.com/channel/UCbSBmhKgvtesxmR7PHYskeQ/featured because I’ll be posting on there soon too! 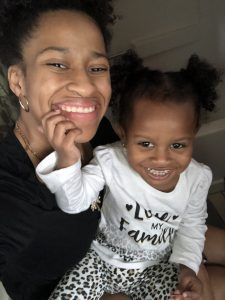 SO! What DID happen in 2018? Well, you guys missed out on a TON of emotional parenting challenges because parenting is an ever-changing maze to never be conquered, but you should revel in each small victory. And I do! While lots of things HAVE changed, here’s what remains the same. I am still awesome. We know this. Lariah still takes gymnastics. We’re still breastfeeding and using cloth, but we’ve switched to cloth training pants since we are POTTY TRAINING. ?  We still go to Nashville and Memphis to visit family. I’m still in vet school. Daddy works at the same job. We’re still working on being better people and better parents! 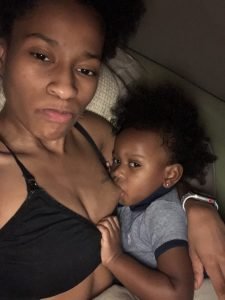 We started 2018 with the same setup as 2017, Lariah was being watched at home by her aunt while I was at school and Brad worked. Lariah still had several activities a week and naturally was the happiest child you’ve ever seen, duh. We came into the new year with only one main issue: constipation. Muffin started having constipation issues in November of 2016 and sadly, it took us until October of 2017 for an ER doctor to take my 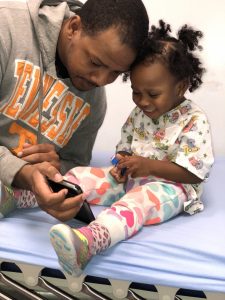 concerns seriously enough to refer her to a GI Specialist. The irony of this is that the GI specialist recommended the same medication as Lariah’s doctor, Miralax. The difference was that he wanted her to drink all of it in a 30 minute time span with an increasing dose of medicine and liquid until we found an amount that worked for her consistently vs her pediatrician said she could drink it over the course of the day, which obviously was not working. The visit to the GI specialist was especially traumatizing because at this point Riah had been to so many doctors appointments and had so many suppositories that simply walking into a doctors office sent her into a fit of sheer panic. Her specialist was horrified, as he had never seen a child react so terribly to just being in the presence of a medical professional. Anyway, the first days of getting her to drink 8 oz within 30 minutes were awful, but now she is no longer constipated and has no issue drinking her medicine! So cheers to 2019 for that advancement all in itself!!!

My favorite natural parenting boutique closed down suddenly! Heartbroken doesn’t even come close to describing how hurt I was about this, but honestly, it was a blessing in disguise…for my wallet.  I had developed a cloth diaper addiction and was spending SO much money funding it. It was my retail therapy to help me cope with the stresses of vet school and I loved getting new diapers in the mail and I loved being a part of the online community that my favorite boutique and favorite cloth diaper company had created! It gave me a sincere since of belonging that I 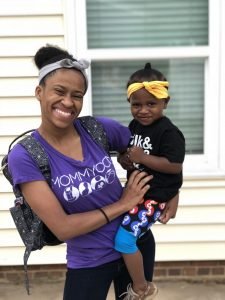 couldn’t find at my vet school because I have SO little in common with the majority of  my cohorts. I’ve made so many new friends through these communities and even traveled to meet a few of them last year, like when I went to MommyCon and I went and met another in Louisiana too! I started being an admin in a couple of my cloth diaper groups, which has been super fun, but also lead to me being put in a ton of situations in which I was uncomfortable and felt like I was being held responsible for the actions of other people. I know it may be hard to believe, but the cloth diapering world is one that is RIDDLED with drama. I personally prefer to be Switzerland on any drama in which doesn’t specifically concern me, so that’s what I did. It bit me in the butt and more than anything my feelings were hurt by some of the events that followed, but it is all good in the neighborhood because I have grown from the pain and turned out amazing! starts singing, Thank You Next by Ariana Grande

In March, Muffin fell on her face, busted her lip, and chipped her first too. The chip was initially tiny and barely noticeable, but due to the alignment of her teeth and the difficult nature of dental care for toddlers, it continue to get worse. All 4 of her top-middle teeth were chipped by 2019! I’m sure if you look closely enough at her pictures, you can tell the difference over the months.  I also learned that children’s dentistry here in Knoxville is awful and slow. It wasn’t until August that her dentist finally agreed with me that he needed to go ahead and put her under anesthesia and fix her teeth. We weren’t scheduled for “surgery” until November and her surgery was 2 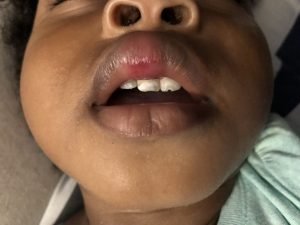 weeks ago, January 2019. On top of her teeth being fractured, she also has several cavities, based on my untrained eye, I’d guess on about every tooth in her mouth to some capacity. Her dentist is convinced that it’s because she’s still breastfeeding, but I disagree and have found much reviewed literature that supports my disagreement.  Luckily, these are baby teeth and will fall out anyway without any consequences on her adult teeth, but due to her teeth alignment, she had 3 teeth removed, 3 teeth capped with porcelain, and 8 teeth capped with silver.  So she may be missing several teeth for several years until her adult teeth come in between 6-8 years of age. I feared this when she first fell in March and have been dreading this surgery ever since… I know that they’re just baby teeth, but her little teeth were beautiful and healthy before (despite some mild iron supplement staining, another debacle from when we first moved to Knoxville) so I have seriously been struggling this last year with this reality! As her teeth have continued to deteriorate, I’ve learned to appreciate her beautiful little, chippy smile and embrace the fact that some things are out of my control and while they may be hard to cope with, it’s not impossible! We are absolutely in love with her new smile and she is more confident than ever with those damaged teeth gone! 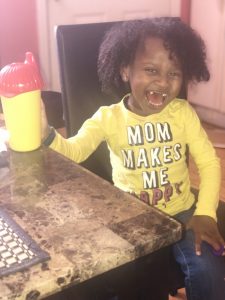 Okay guys, that’s all I’m sharing today, but I have so many great ideas and so much good content coming to the blog this year! We’ve expanded so much and are going to have so many new collabs and products to share! I just hope that you’re ready to enjoy everything that we have in store for you!

A good supportive system is CRITICAL