My #wcw is home today because she spiked a fever a

A treat for our sweet Ruby Rue Biscuits for gettin

#ad @albertsons has partnered with the CDC to prov

It’s amazing how one day someone walks into your

Did you know that today is National Siamese Cat Da

One of the hardest things about moving so far from

Walking into this new week with positivity and det

Cat nap, anyone? 😴 I had grand, butt-related p

SlimeTastic! #AD We decided to put on our scientis

A quick #throwback on this beautiful Thursday: cir

Raise your hand if you enjoy a nice movie night wi

So incredibly proud of the woman that I’ve becom

A smile is the best makeup a person can wear. 😁

#ad The internet is a scary place, but you know wh

What is your superpower? #AD @heroelementary on @P

It's a kind of magic. Parenting Solidarity.
Lifestyle Parenting Tips 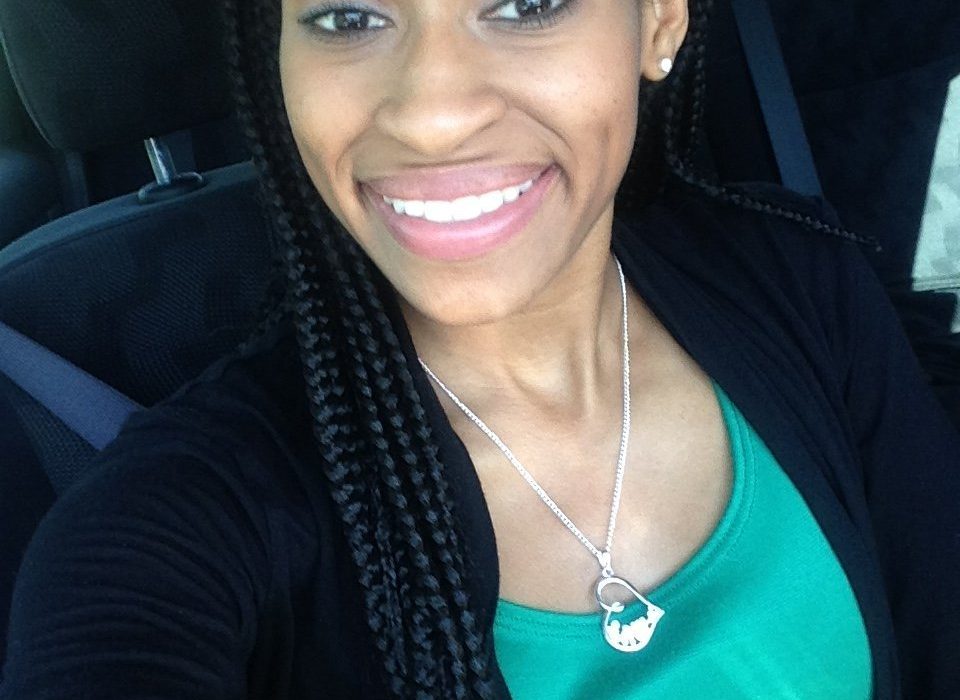 People are having children before they accomplish their educational/professional goals all the time nowadays. Some accidentally and some on purpose; regardless, lots of these families have a very rough road of time management ahead! I can attest to that first hand.

A little background about my situation; we weren’t planning to have a baby, at all. I was on Lo Estrin Fe birth control. I was 21 and finishing my 3rd and final year of undergraduate working on my Bachelor’s of Science in Animal Science with a Double Minor in Chemistry & Child and Family Studies. My THEN boyfriend had JUST moved to Memphis, TN to start his career using his psychology degree. I had just been accepted into the University of Tennessee’s College of Veterinary Medicine after my first time applying. My savings was in good standing. My mental health was in good standing. I was very active on campus; I was president of a club, regularly volunteering, traveling, working 2-4 jobs at all times, but life was GOOD. I was going to graduate with my Bachelor’s after I finished my first year of Veterinary School (due to the specifics on the dual program I was in) and then in 2019, I would graduate again with my Doctorate of Veterinary Medicine. I was ON TOP OF THE WORLD!

This is me, January 12, 2015. Probably freshly, unknowingly pregnant. HAHAHA.

I got my acceptance letter to UT right around Valentine’s Day, the same day my boyfriend moved away, and that next week, I just felt the need to take a pregnancy test.. I’ll be honest, I used to take pregnancy test pretty regularly anyway because I was a half-believer in the efficacy of my pill-form of birth control. Plus I wasn’t on the BC for its pregnancy preventing capabilities, I was on it because my menstrual cycle and cramps were OFF the chain and they needed to be tamed, but allowing me to fulfill one of my human needs without consequence was also a nice perk…for a while. Hahaha. 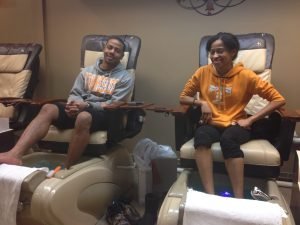 Spending quality time with my man before he moved for his new job.

Naturally I already had like 3 pregnancy tests in my apartment, because like I said, I’m paranoid. Haha. I wasn’t upset about the fact that the test was positive.. I was more upset about how FAST it turned positive! Like, I had BARELY put my urine on it and it was like, “BAM. YEAH GIRL, YOU IS PREGNANT.” Geez, I didn’t even have time to be afraid of what the results were going to be or anything like that. Apparently, my body was producing sufficient amounts of HCG, which is the pregnancy hormone that most pregnancy tests test for. I had just taken a test 3 weeks prior, because paranoia, and it was negative, so I was somewhere after 3 weeks pregnant and in shock. Not sad, just like, well that wasn’t in my cards at all. Hahaha.

This is right before I took the pregnancy tests!!

From there it was a very long, emotional road of tough decisions and big changes, but never once was I upset at or about the baby. Did she throw a huge dent in my plans for myself and my now husband’s career goals, absolutely, but she didn’t make achieving our goals impossible, just more difficult, and ultimately more satisfying as we continue to check each one off of our list!

The timing honestly couldn’t have been better for an unplanned pregnancy for ME as far as my educational goals were concerned. I was in my last semester of Undergrad and had not yet committed to the veterinary school for the fall. I went to talk to the Asst. Dean of the Vet School, who was very understanding of my situation and gladly allowed me to defer my acceptance so that I may focus on my family first. So the new plan was to move back home to Memphis to be with my boyfriend and family after I finished my finals in May. BUT before I could do that, I had to break my lease with my apartment complex and find someone to take over it for the summer, otherwise I would still be financially responsible.

My apartment complex SUCKED, okay? Let’s start by saying that. It was one of those student style apartment situations, so it was 4 of us in a 4 bed, 2 bath apartment. By the end of March, I had officially made the decision to move and was trying to be proactive about getting my affairs in order in Knoxville. I told my apartment complex about my plans and was slowly starting to pack when they told me that they had found someone to take over my lease and that I needed to be out by the next day, which was impossible because I was getting ready to go out of town for a conference!!

This is Minorities in Agriculture, Natural Resources, and Related Sciences National Conference in Houston, Texas! I know, I don’t look pregnant yet, but I totally was.

Anyway, I told my apartment complex that I’d be out by April 1st and they agreed and I did just that. I moved all my belongings into storage without a real clue as to where I was going to live for the next month and some change!

PLOT TWIST: Turns out that whoever they had lined up, backed out and they were still holding me financially responsible for the apartment even though they had me move out!!! So I paid April’s rent for an apartment that I was no longer living in and was preparing my pregnant self to just bounce around on my friends’ couches until the semester was over.

Chick-Fil-A Ice cream was one of my favorite pregnancy cravings. Even when times got hard from spending so much time in my car, and they DID get hard, the ice cream was always there for me.

It only took a few days for that idea to get old really fast after spending lots of time in my car waiting for friends to get home from their respective jobs and lives and the like. I was venting to one of my close friends about the situation and I got REALLY lucky! She was living on campus in a 2 bedroom apartment by herself because her roommate had moved out; she immediately told me that I was welcome to sleep there! One crisis had been averted, but it was the first of many more to come on my gestational journey of the creation of the illustrious Squally Muffin.

I’ll stop here for my crazy, ridiculous story! Tune in next week to hear the next piece of the puzzle!

UPDATE: the continuation of this post has been added! Check It OUT: HOMELESS & Pregnant?!

Join the Squally Squad
Sign up for our newsletter so you never miss new blog posts, giveaways, advice, answered questions, sales, discounts, etc.
Your Email, if you please!
Yay! You did it!
Subscribe with Facebook
Subscribe with Google

First night away from baby..

Investigating the World Around Us with Hero Elementary

Join the Squally Squad
Sign up for our newsletter so you never miss new blog posts, giveaways, advice, answered questions, sales, discounts, etc.
Your Email, if you please!
Yay! You did it!
×
Subscribe with Facebook
Subscribe with Google
Ask Mama Bear
SEND IT
× 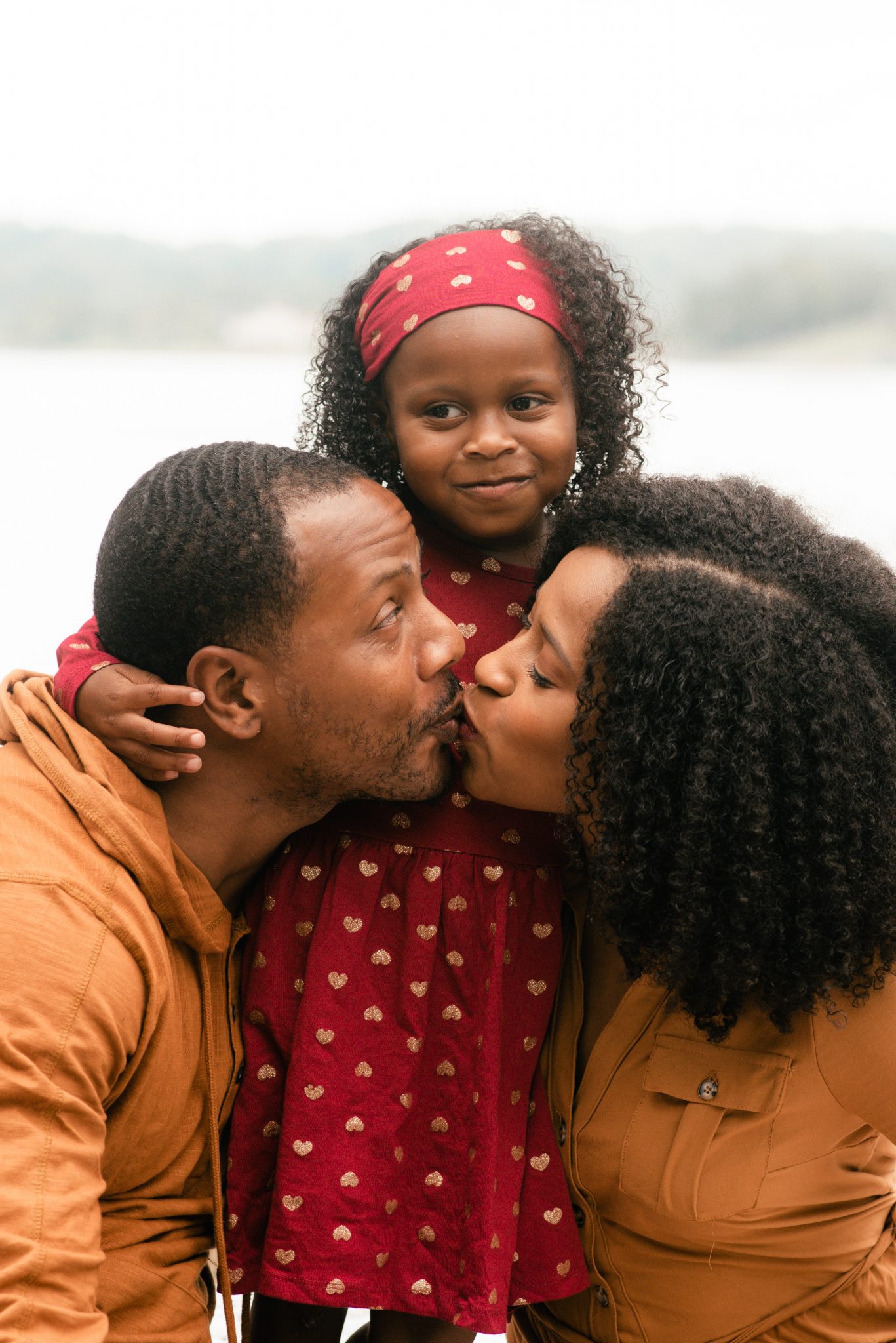 Join the Squally Squad
Sign up for our newsletter so you never miss new blog posts, giveaways, advice, answered questions, sales, discounts, etc.
Your Email, if you please
Yay! You did it!
×
Subscribe with Facebook
Subscribe with Google

Join the Squally Squad
Sign up for our newsletter so you never miss new blog posts, giveaways, advice, answered questions, sales, discounts, etc.
Your Email, if you please!
Yay! You did it!
×
Subscribe with Facebook
Subscribe with Google